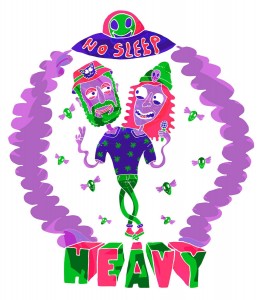 Auckland party rap duo Heavy, have just released the first official single ‘Shrink’ from their debut album which is set to be released later this year.

Since their first performance at Chronophonium in 2014 the duo have become regulars in the local music scene with festivals such as Laneway and Splore 2015 already under their belt.