One hand holds a small brown suitcase; his trade, his ghost orchestra, the other holds his guitar. One foot firmly in the Blues Trash corner of the ring, the other on the road, you could say Delaney sees music as he sees geography, and that although he has certain preferences, in fact all territories are up for grabs. Ireland, Germany, Italy, Brazil, UK, Switzerland, Mexico, Austria, Romania, Belgium, Holland, Russia, France, USA, Argentina, Australia and New Zealand, all destinations on the ten year Solo Tour with which Davidson has turned homelessness into a success of its own.

Man of a thousand faces, his work with paint, music, film and concept all has traces of his unique take on life. Part new world and part old world, this duality is echoed in the flavours he evokes with his work; Past VS present, too loud for folk VS too quiet for rock, Light VS Dark, Davidson’s restless work refuses to be still for the portrait it is asked to sit for. A pattern we see in his own restless life, indeed, the apple never falls far from the tree. 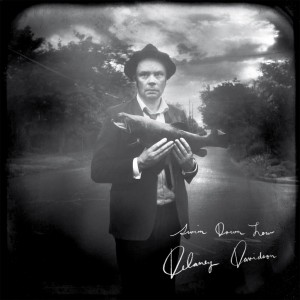 ‘Sad But True, The Secret History of Country Music Songwriting Volume One’ with Marlon Williams ©2012 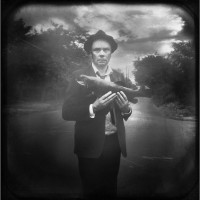 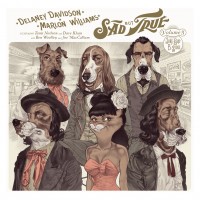 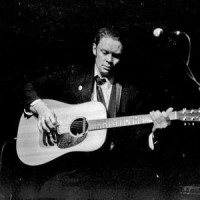