Described as ‘the impossible love child of Elvis, Roy Orbison and Townes Van Zandt’, Marlon Williams is a 2-time New Zealand Music Award winning singer-songwriter touted by Rhythms Magazine as the ‘Artist To Watch’ in 2014.

Williams first came to recognition in New Zealand at only 17, fronting acclaimed alt-country band The Unfaithful Ways. They supported Justin Townes Earle and Band of Horses, featured on an internationally released Townes Van Zandt compilation and were nominated for the Critics Choice award at the 2011 New Zealand Music Awards.

Showing a willingness to push boundaries, Williams then joined Delaney Davidson for a series of duet albums titled “Sad But True – The Secret History Of Country Music Songwriting”, winning the New Zealand Country Album and Country Song of the Year in 2013.

Relocating to Melbourne in July 2013, Williams built a word of mouth following performing a 2-month residency at the Yarra Hotel and supporting the likes of Robert Ellis (US), Jordie Lane and Wagons. This culminated in packing out the Toff In Town for the release of his physical only, ‘Live at La Niche’ album. 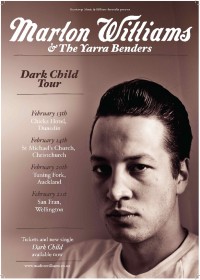 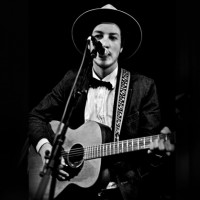