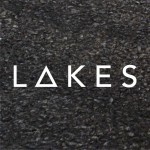 Hailing from Devonport in Auckland, Lakes began on a Thursday, they wrote a song on a Friday, and released their first album from the basement 9 months later. 2015 is going to be a big year for them. Expect many more tunes from Lakes. Read more

Leathur Tattoo is a five piece rock n’ roll band that is soaked in the classic feel of the golden age of rock n roll but with modern edge. Read more

Known as one of the hardest working bands out there, Like A Storm fought hard to be heard. The New Zealand brothers shifted to the United States knowing no one, and built a diehard and devoted fan-base by tirelessly touring to promote their debut album, The End of The Beginning with top acts such as Alter Bridge, Shinedown & Creed. In the midst of that whirlwind, the road served as the foundation for their forthcoming sophomore set, and first album for Another Century Records, Awaken The Fire. Read more

These four guys are an Alternative Pop group who all grew up in Mount Maunganui, started a band and moved up to Auckland, in the meantime playing shows with the likes of Cut Off Your Hands, Two Cartoons, Clap Clap Riot and Collapsing Cities, as well as holding a #1 single on bFM’s Top10. Read more

About Lightning On Me:

Lightning on Me is the combined effort of Sean Patterson and Michael Cannon–previous members of The Earlybirds with Chris Hurn. Originally a solo artist in Wellington, Chris has brought a sophisticated drawing upon the influences of Destroyer, Phoenix, The Killers, New Order and Bruce Springsteen. Read more

About Left Or Right:

Employing a stylish mix of arty, confessional bedroom pop and club-ready electro-rock that has drawn comparisons to the likes of Grimes, Lana Del Rey, and Sky Ferreira, New Zealand singer/songwriter Ella Yelich-O’Connor has taken the world by storm. Read more

Tom Lark is an artist/producer extraordinaire hailing from Christchurch, New Zealand, with an ear for composing infallibly beautiful melodies, and a penchant for transforming ones bedroom surroundings to ingenious and irrefutably bedazzling Alt Pop music. Read more