Known as one of the hardest working bands out there, Like A Storm fought hard to be heard. The New Zealand brothers shifted to the United States knowing no one, and built a diehard and devoted fan-base by tirelessly touring to promote their debut album, The End of The Beginning with top acts such as Alter Bridge, Shinedown & Creed. In the midst of that whirlwind, the road served as the foundation for their forthcoming sophomore set, and first album for Another Century Records, Awaken The Fire.

“We were growing as a band and getting inspired by life on the road,” Chris explains. “We never stopped writing as we were touring. Our fans were hungry for new music, and we were hungry to put something out. We didn’t want to sit around and wait to see which label came knocking at our door. So, we decided to make the album ourselves, produce it, tour it, and preserve this awesome connection we’re lucky to have with our fans. We made a mobile studio rig and brought it everywhere.”

Cut on the road, their new hit single ‘Love The Way You Hate Me’ began to make waves on its own. Midwest radio station “The Banana” in Flint, MI started spinning it, and it eventually spent four consecutive weeks at #1, owning the station’s “cage match”. Organically, other stations picked up the track, such as KIBZ in Lincoln, adding it to regular rotation. Soon, Sirius XM’s rock station, Octane caught wind of it as well, and it seized #1 on their nationwide Big ‘Uns countdown for five weeks. The single eventually went Top 30 on the US active rock charts, a major achievement for a completely independent band, and making them the first New Zealand group to ever do so.

As ‘Love The Way You Hate Me’ exploded at airwaves, Century Media reached out and signed the group in 2014. They immediately jumped back into recording, converting a remote lake house in Michigan into a recording studio and self-producing Awaken The Fire. As a result of this approach, Like A Storm fully realized their sound.

“We’re making the music we want to make,” Chris exclaims. “There are no rules when we’re writing except the three of us have to love whatever we’re doing. We push it creatively. We love to see how far we can take things. That’s the sound of Like A Storm.”

“Musically, we want to inspire and empower people,” Chris leaves off. “We write songs about the things we feel strongly about, things that really matter to us. It’s amazing that we’ve made an impact. We came from the other side of the world, and we’re living our dream. If that inspires someone, that’s incredible.” 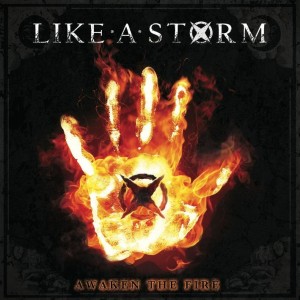 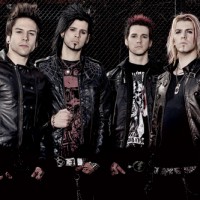 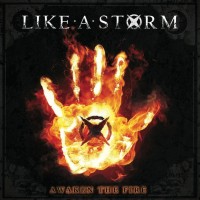