About Bernie Griffen and The Thin Men:

Founding member of The Grifters, Bernie Griffen has been front and centre of New Zealand’s music scene for nearly two decades, as long-time and well-loved host of 95bFM’s Border Radio show as well as performer and champion of independent Kiwi music.

A singer-songwriter with a powerful voice full of soul, humour and sadness, Griffen is a story-teller to the core, penning songs about characters real and imagined existing in a world of criminals and saints; dusty feet and wounded hearts. He draws influence from blues, from the country-rock of Gram Parsons and The Grateful Dead, the sharp-tongued lyrical wit of Bob Dylan, the mournful wails of Neil Young and outlaw country singers like Johnny Cash.

The new record ‘Salvation’ sings out like a scream in a quiet night — Bernie’s characters are hard-living and hard-loving, outlaw and saviour, the lover and the man in trouble — Bernie Griffen tells tales of adventure, loss and a life hard lived.

It’s a timely follow-up from 2011’s Everything So Far (Bernie Griffen and the Grifters) — which featured the song “29 Diamonds”, championed by Radio New Zealand’s Trevor Reekie in 2011: “If there’s any justice in this industry, “29 Diamonds” would win a Silver Scroll, it is achingly poignant and it will travel forever.” 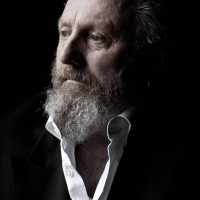 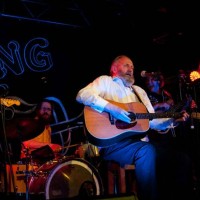 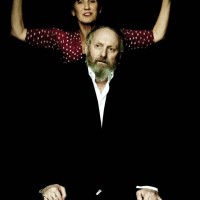 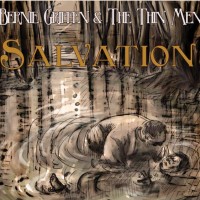