Tami Neilson was raised in Canada, by parents with a closet full of sequined stage costumes and platform shoes.

She grew up in a house where amplifiers and guitar cases were just as much a part of the furniture as chairs and tables, and when most kids are still singing nursery rhymes in the bathtub, she was traveling across North America in a 34 foot motor home, performing professionally in her family band, The Neilsons.

Then Tami met a boy who caused her heart to flutter and her feet to move to the other side of the world – New Zealand.

Buzzing with raw energy and talent, her music is a hybrid of acoustic torch and stripped-bare country blues. From haunting ballads of heartbreak and irony to foot-stomping, hand-clapping, harmony-infused numbers, Tami’s live performance is one to be remembered.

Tami has won numerous awards, including:

Track listing: Walk (Back to Your Arms); Come Over; Texas; Cry Over You; You Lie; Dynamite; Woo Hoo; Running to You; Honey Girl ; Whiskey and Kisses.

‘Truly top shelf….Tami Neilson has the looks and the voice to get any song across to any audience…’ -Randy Bachman of ‘The Guess Who’ 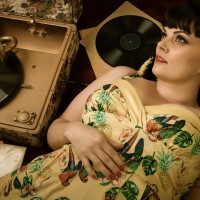 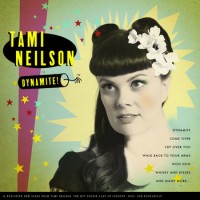