About The Sparrow Thieves:

From the bottom of the world – Southland, New Zealand – the Sparrow Thieves are an indie-rock band launched in 2012.

The Sparrow Thieves were founded in Invercargill. They released their self-titled debut EP in June 2013, which made an unexpected appearance on the Official NZ Top 40 Album Charts at #17. ​Original band member Elliott Mitchell left shortly thereafter, and Jordan Cossill join the band. 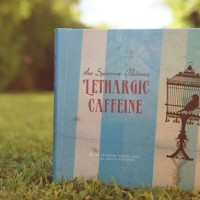