About She’s So Rad:

SSR’s debut record, In Circles, recorded in the spare room and Jeremy Toy and Anji’s Sami’s apartment, was nominated for the Taite Prize 2012. SSR found a fan in Ladyhawke and was asked to tour the U.K. as support band for a Ladyhawke tour in 2012.

In between albums SSR has released a “Special Disco Version” E.P. of 80’s electro boogie jams, released on Wonderful Noise (Japan). This came about because frontman, Jeremy Toy, is also a DJ and has a love for Disco and Boogie music.

“Warm clouds of distortion and feedback cloaking every sound and gorgeous hazy melodies that swirl around you like smoke.” 5/5 stars, Grant Smithies.

“Confetti is the latest single from their upcoming second album in 2012. Having recorded the single with Hoffer it clearly links the likeness of a M83 poppy sound, a soul capturing mood that could easily set you to another dimension.”  http://www.adamnoteve.net/

“New Zealand is on some kind of roll at the moment with emerging talent like Kimbra, The Naked and Famous and of course Ladyhawke. Now lets add ‘She’s So Rad’ to the list”  http://www.ithinkyoulllikethissong.tumblr.com/post/23254094144/shes-so-rad-confetti

If you spend half of your days scouring the “dream-pop” tag on Soundcloud, you quickly lose your faith in speaker-blowing pop. That’s until a band like She’s So Rad come along, of course. They stand out from a crop of My Bloody Valentine adoring young’uns with a penchant for sweet noise, because they know how to write a bloody good hook. http://www.thisisfakediy.co.uk/articles/neu/shes-so-rad/ 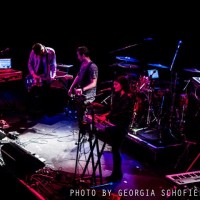 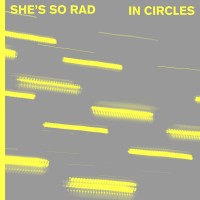