These vibrant, musically broad mavericks will be embarking on their first ever, full-fledged headlining tour around the North Island of New Zealand in March of 2015. The band will be bringing their debut release Elixir of Lethe to the stage in its entirety, along with all new material set to raise the bar ever higher for the group.

Natives to the small of town Hastings – Hawkes Bay, the band consists of guitarist and vocalist – Luke Burns, Bass and back-up vocals – Floyd Pepper, and Drumming from Jared Green.

The line-up was finalised during 2012 and since then, the lads have been consecutively realising their musical vision among their diverse musical taste, and widespread inspirations.

Blending a vibe of classic rock with a modern flair of fuzzy doom, Heterodox have been dubbed ‘a non-stop onslaught of superb riffs that still make this band very hard to categorize.’ – Steve Howe of The Sludgelord.

The alternative rockers have had the chance to share the stage with some of New Zealand’s premier acts such as Jakob, Beastwars, Decortica and 8 Foot Sativa.

Heterodox released their debut record Elixir of Lethe during the winter of 2014. The album was produced by the revered Nick Blow with mastering handled by Brett Stanton. Elixir of Lethe garnered an immensely beloved reaction within the alternative music scene in New Zealand.

Sammy Jay Dawson of NZ Musician magazine comments in his review: ‘A truly exciting stoner rock record and a future cornerstone of Kiwi metal.’ Elixir of Lethe continues to spark interest around the world.

Heterodox invites you to frolic in the joy of New Zealand’s ever growing music scene and experience their formidable weave of melody, rhythm and volume live across the beckoning lands of the North Island this March. 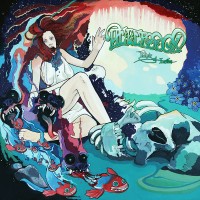 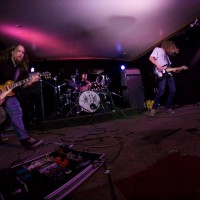 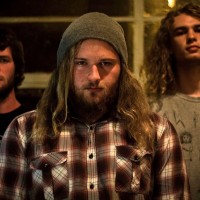 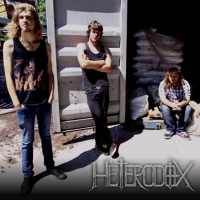 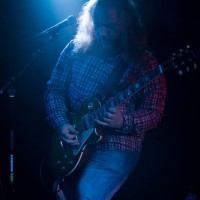