Devilskin is a four piece band from Hamilton New Zealand formed in June 2010, they already have guts, class, kudos and confidence. The sum total of a determined and accomplished group of musicians who know what they want, the music is organic, dynamic and real.

The band features the spectacular Jennie Skulander on lead vocals. Her powerful and compelling voice and alluring stage presence sets her apart from any vocalist New Zealand has put up so far. With an unerring gift for melody, Jennie’s incredible voice sweeps from whisper to roar, rips with power, drips with melody and captivates with sincerity.
Jennie previously fronted Rotorua band Slipping Tongue garnering a swathe of fans with their videos, EPs and album. Slipping Tongue also impressed many when they opened for Coheed & Cambria in 2008.

On lead guitar is Nail from popular Waikato band Chuganaut who won the NZ Battle of the Bands and the World Battle Of The Bands in 2004. Played BDO in 2005 and opened for Iron Maiden at Mt Smart stadium in 2009. Chuganaut has played numerous national tours and released several singles, EPs, videos and an album. Nail’s searing guitar work and high energy performance bring real intensity to the live show.

Playing bass guitar is Paul Martin, known as the Axeman from arguably, New Zealand’s most popular radio show, the Axe Attack. Lead guitarist and vocalist for World War Four, Paul’s previous bands include Knightshade and Blackjack. He has opened for Black Label Society (2006), Heaven & Hell (2007) and Motorhead twice (2008), and played BDO (2009). Paul’s powerful and aggressive bass style is a propulsive force in the bands sound.

Nic Martin joined Devilskin as drummer in August 2011 at the age of 15. Paul’s son, Nic is the youngest artist to ever play the BDO when he performed with World War Four in 2009 at the age of 13. Nic adds to the show with a real display of power and passion on the drums. With a fierce style all his own and the inexhaustible energy of youth, Nic’s truculent style and showmanship are fast becoming a talking point on the NZ live music scene. Not to mention making Devilskin one of the few bands featuring a father and son in their line-up.

Together, Devilskin have the ability to write songs that have depth and passion. They create a compelling and irresistible sound and perform a stunning, explosive, live show. 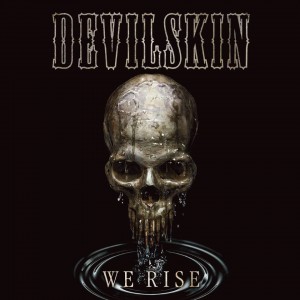 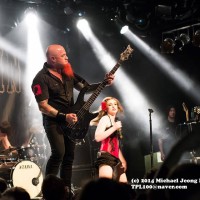 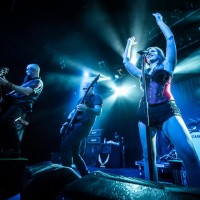 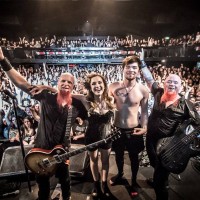 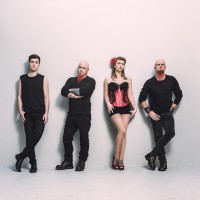 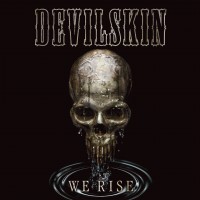