No one can challenge Hello Sailor’s place in the evolution of Kiwi music. They surfaced among the inner city student population in the midst of the 1970s disco boom, playing soul, Velvet Underground, Rolling Stones and their own distinctive brand of South Pacific Rock’n’Roll come ‘Ponsonby Reggae’.

Their debut self titled album released in 1977 was the first locally made New Zealand record to achieve Gold Record status and Hello Sailor had the country at its feet.

Hello Sailor’s contribution to the local music scene was recognised in 2011 by their induction into the NZ Music Hall of Fame. At an Auckland Town packed for the APRA Silver Scroll awards, Peter Urlich credited Sailor with being “the vanguard of a new wave of NZ artists in the late 70s that opened up a brave new world of original music and entertainment”, and that “they are still making their unique style of rock’n’roll as wonderfully as they did thirty years ago”.

Graham Brazier, Dave McArtney and Harry Lyon, the three founding members and songwriters, still performed and recorded together some thirty-seven years after the inception of the band in 1975. They recorded the critically acclaimed Surrey Crescent Moon album at Roundhead studios and released it through Warner NZ in October 2012.

As recently as November 2012 they were still hanging out the “House Full” signs on Dragon’s highly successful 40th Anniversary Tour playing to some 10,000 people at eighteen mainly theatre venues from Invercargill to Auckland.

The sad loss of founder member Dave McArtney in April 2013 left the remaining band members determined to carry the Hello Sailor flag. Guitar player Harry Lyon says the band is really looking forward to their summer tour, “We know Dave would want us to keep the band going and hey, it’s what we do.” 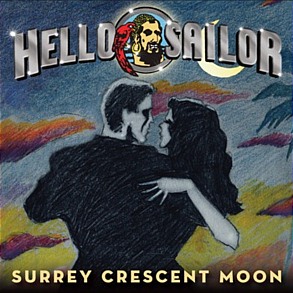 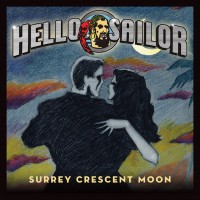 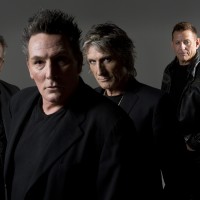