About God Bows To Math:

God Bows To Math are a noise-rock band from Auckland, New Zealand.

God Bow To Math aren’t complicated, they are two Aucklanders and a Geordie who managed to lose his accent. Three men with varying abilities to grow facial hair, and bodies perfectly formed for recessed stages in dimly lit underground bars, floors sticky with stale alcohol.

The last few years have seen them grow from noisy kids into well-honed veterans, touring New Zealand too many times to count, sharing stages with many a touring band and even managing to head out to Australia and China.

Gigging everywhere and anywhere, sharing bills with bands spanning genres including indie (Die! Die! Die!, Street Chant, DHDFDs, The Sneaks), hip-hop (Dam Native, Misfits of Science), hardcore (Malenky Robot, Parents, Carthaginian), noise-rock (Mountaineater, Dean Roberts, TFF), internationals (My Disco (Au) Ouch My Face (Au)) and everywhere in between. Constantly championed as one of the hardest working bands in the country, the group have completed a number of national headlining tours, building a fan-base in every major centre, and doing it all themselves.

For a group with the sound they exude, they’ve not been ignored by the music press either. With a glowing review for their split with TFF appearing in Real Groove Magazine (“God Bows to Math are a blunt instrument” – 4/5 Stars), the band have also been covered by Rip It Up Magazine, interviewed by Troy Ferguson on 95bFM’s “The Rock ‘n’ Roll Wire” in Auckland as well as by RadioActive (Wellington), VBC (Wellington), Radio One (Dunedin), RDU (Christchurch), Christchurch daily newspaper The Press and a number of internet websites, publications, zines and blogs. 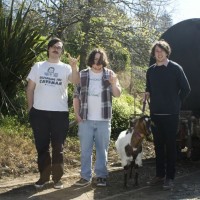 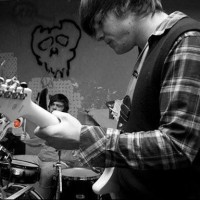