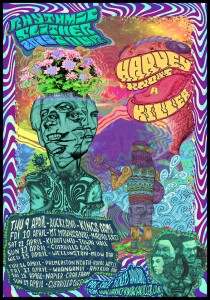 Thee Rum Coves opened the evening with a lively set of punky rockabilly tunes. ‘English Jake’ did the majority of the lead vocals, but this band went to a whole new level in the few tunes where ‘Miss Kendall Elise’ took over the mic. Her singing was powerful and captivating, my vote would be to hear more from her in future. On the whole these guys were good fun to listen to; a tight band with some catchy songs.

Four-piece folk-rockers Albi and The Wolves took the stage next – this is a band I have seen countless times, but the first time I have seen them at the Kings Arms. The front of house sound [being handled by KA’s own Mark] was excellent – well balanced and at a volume where I actually took my earplugs out [a rare occurrence!]. AATW delivered a mixed set of tunes ranging from chilled out ballads to high energy stomping jigs, all showcasing their vocal skills.

Chris ‘Albi’ Dent [who claims profusely that he is NOT racist any more] is an excellent singer and frontman, but equally impressive were the back-up vocals from The Wolves. Certainly no howling to be heard… well executed four part harmonies were buzzing away at many points throughout the set. A crowd highlight was a fiddle solo from Pascal Roggen… I have seen a lot of guitar shredders, and he made them look like sloths. Very impressive! All that was missing for me was a drummer or percussionist… on the KA stage particularly, it could take AATW to the next level in terms of dynamic and energy. 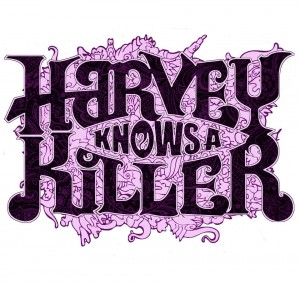 Harvey Knows a Killer – in short, they put on a kick-ass show. I really appreciate these guys, as they are both excellent musicians and creative songwriters. It seems like the rest of the punters appreciate them too – despite being a soggy Thursday evening, the KA was more packed than I have seen it in ages for any local band. Appreciation was further expressed by dancing and singing along – it sounded like most of the audience were somewhat familiar with the ‘Rhythmic Slither’ album.

Where to start? Dillon Riester provided a soaring high tenor vocal, complimented perfectly by the baritone of Rewi Mclay. Dillon kept pumping out higher and higher screams, think back to the ‘Master Exploder’ scene from Tenacious D’s ‘Pick of Destiny’ film… mind blowing did ensue. Jermayn Clark’s drumming was solid, and it was great to see him grinning from ear to ear throughout the set. On strings there were smoking hot guitar solos from Windon Bradfield, and relentlessly tight funky grooves from Joss Colling on bass.

Interestingly the Harvey lads punctuated their original numbers with a fair few cover songs – including tracks from Led Zeppelin, Jimi Hendrix, Santana… they all sounded great with a psychedelic HKAK twist. But their original tunes were what I really turned up for, my highlights were ‘Motherland’ for its catchy sing-along chorus and ‘Annie’s Song’ for it’s beautiful tranquil ballad vibes. A good twist towards the end of the set entailed a big jam session featuring ¾ of Albi and The Wolves… Harvey and The Wolves? Albi Knows a Killer? Whatever it was, it worked.

The only disappointment from HKAK was the lack of the tour title track ‘Rhythmic Slither’ despite a hungry crowd at encore time – I think this may have been because of a completely destroyed kick drum pedal, it did not withstand Jermayn’s enthusiasm for the whole set! But all in all this was an excellent show. Not only did HKAK play a great set, they did a good job in selecting quality support acts that were significantly different in style to themselves – it made for a varied and interesting evening.

Gig Reviewed by: The Pink Panther 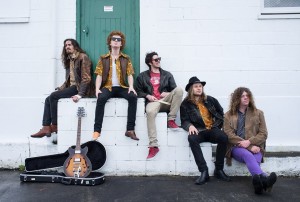 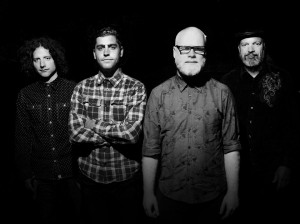 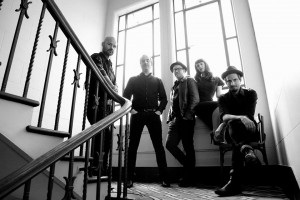 Albi and The Wolves: