Rackets are a stoner-rock band from Auckland.

Rackets (no ‘the’) are two overweight caucasians and a Bulgarian. At one point in their careers they all worked together at the same supermarket. It was rat shit. Coming together over a shared love of the Pixies, Nirvana and Hawaiian shirts, a powerful bond was forged.

‘I (Jeremy) was/am in God Bows To Math and Oscar and Vinnie where in The Randoms. We started a band called We Score Trys. The Randoms broke up and we decided, hey, lets be in a proper band together. We did and it was called Rackets.

We all play different instruments so it’s like who ever writes a riff on any instrument gets to play that instrument. Then the other guys chose what instrument they want to play on the song. We record live with a man called Bob Frisbee.’
Rackets are: 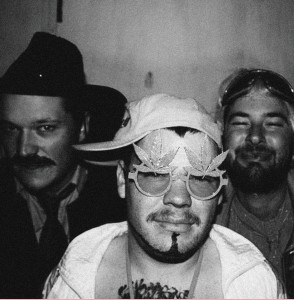 ‘Rackets’ ©Banished from the Universe 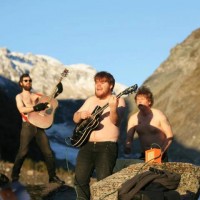 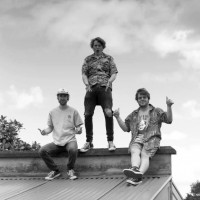 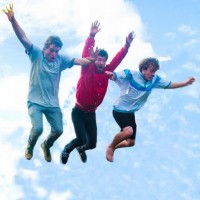 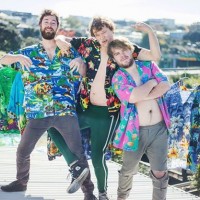 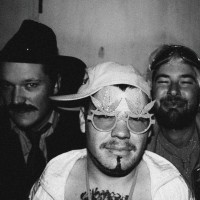