Pip Brown is a New Zealand singer-songwriter and multi-instrumentalist. She took her stage name from Richard Donner’s 1985 film Ladyhawke.

The artist has been involved in numerous collaborations including: with Pnau on “Embrace” from the duo’s 2007 self-titled album, one of their best-known songs; The Charlatans’ Tim Burgess; New Zealand singer Nik Brinkman, better known as Junica, on the single “Living in My House”. In 2011, she remixed American singer Alex Winston’s song “Sister Wife”, and in 2014, Ladyhawke appeared on the Tiesto album A Town Called Paradise with a track called “Last Train”.

In 2013, via her Instagram, she announced she would return to the studio to record her third solo album. In 2014, her song “Blue Eyes” was used in a series of Verizon commercials in the United States, raising them to pop culture phenomena. 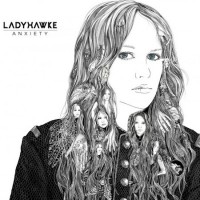 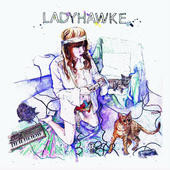