Whether roaring as their big six piece string band or swinging the loud lonesome sound as a three piece and averaging over 200 shows a year, The Eastern can hold it down in all settings for all comers.

Constantly on tour the eastern have played in every nook and corner of the good isles of New Zealand, and have broken strings and dented floors in parts beyond. From Papanui to Portland, Shirley to Switzerland, they’ve seen more than their share of stages, street corners and bars but treat any opportunity to hold it down and play as a gift and one they’d be fools to waste.

They play like they mean it, like its all they know how do…because they do and it is.

“One of the best modern roots bands”
-No Depression

“the first New Zealand band in a long time to
do things the good old-fashioned way.”
– Dominion Post

“The Eastern are possessed of a sound which is heartfelt, authentic and infinitely listenable…”
– NZ Musician Magazine

“The Truth”
-Barry Saunders (The Warratahs) 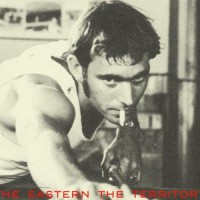