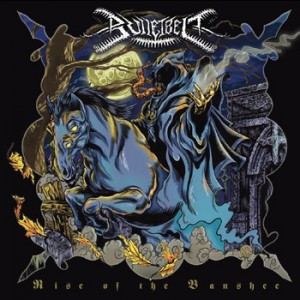 ‘Bulletbelt clearly rejoice in metal of all forms, and pour their adoration carefully into their own sparkling concoction of black, thrash and trad metal… If this debut full length is anything to go by, Bulletbelt’s future looks to have many rounds of high calibre ammunition left.’ – Lars Christiansen, Ave Noctum webzine.

‘The debut album from this quintet from New Zealand is a masterful stroke of gritty and aggressive black metal’.
Nocturnal Cult webzine.

‘With breakneck bitter tunes, Down in the Cold [of the] Grave is 29 minutes of in-your-face, rollicking metal —think Norway’s Craft and Aura Noir at the tail-end of an evening’s drinking and knife fighting.’ – Craig Hayes, www.popmatters.com.

‘…this is more along the lines of early black metal before it got all tangled up in sub-genres. Any which way, this is cool in so many ways that you really need to look this one up …’. – Anders Ekdahl, battlehelm.com 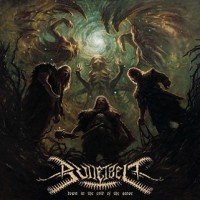 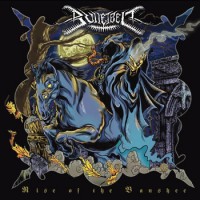