Alien Weaponry set to shake up the Capital:

They’ve opened for Shihad. They’ve toured with Devilskin. They’ve reached the National final of the Battle of the Bands – twice, and got into the Northland finals of the Smokefree Rock Quest four years running, also winning awards for musicianship and lyric writing. None of them are old enough to drive yet, but thrash metal band Alien Weaponry aren’t letting that stop them from bringing their ‘new wave of destruction’ to the lower North Island.

The teen trio first caught the notice of New Zealand’s metal community when Paul Martin, bass guitarist for Devilskin began playing a demo of their song ‘Cages’ on his ‘Axe Attack’ radio show. “I was blown away by their music,” said Paul. “And when I played it to others, no-one could believe they were only 12 and 14.”

Members of Shihad were similarly impressed when they decided to check out Alien Weaponry on YouTube after hearing drummer Henry de Jong (now 15) interviewed on The Rock FM during the heavy metal and hard rock festival Westfest. “Their energy and vitality took us back to the early days of Shihad,” says drummer Tom Larkin.

An invitation to support the legendary NZ band at Auckland’s Powerstation ensued, and now Alien Weaponry are heading to Shihad’s old stomping ground for four shows in July – two in Palmerston North, one in Wellington and one in Wanganui. “We’ve actually wanted to head down that way for a while,” says 13 year old lead vocalist and guitarist Lewis de Jong. “We’ve got lots of Facebook fans in those places, and there’s also a lot of other great bands there we have wanted to play with.”

While the band have been praised for their mature songwriting and old school thrash metal style, they caused quite a stir with their latest song when they played it for the first time at the Powerstation. Written entirely in Te Reo Maori for the Smokefree Pacifica Beats competition, ‘Ruana Te Whenua’ (The Trembling Earth) is a tribute to the de Jong brothers’ great great great grandfather, who died in the Tauranga conflicts at Gate Pa in 1864 defending his home territory against the British. “Thrash metal is not generally associated with a Pacifica sound,” says Henry de Jong. “But if you think about it, haka is much more like metal than it is like reggae, so I’m sure we will make an impact.” 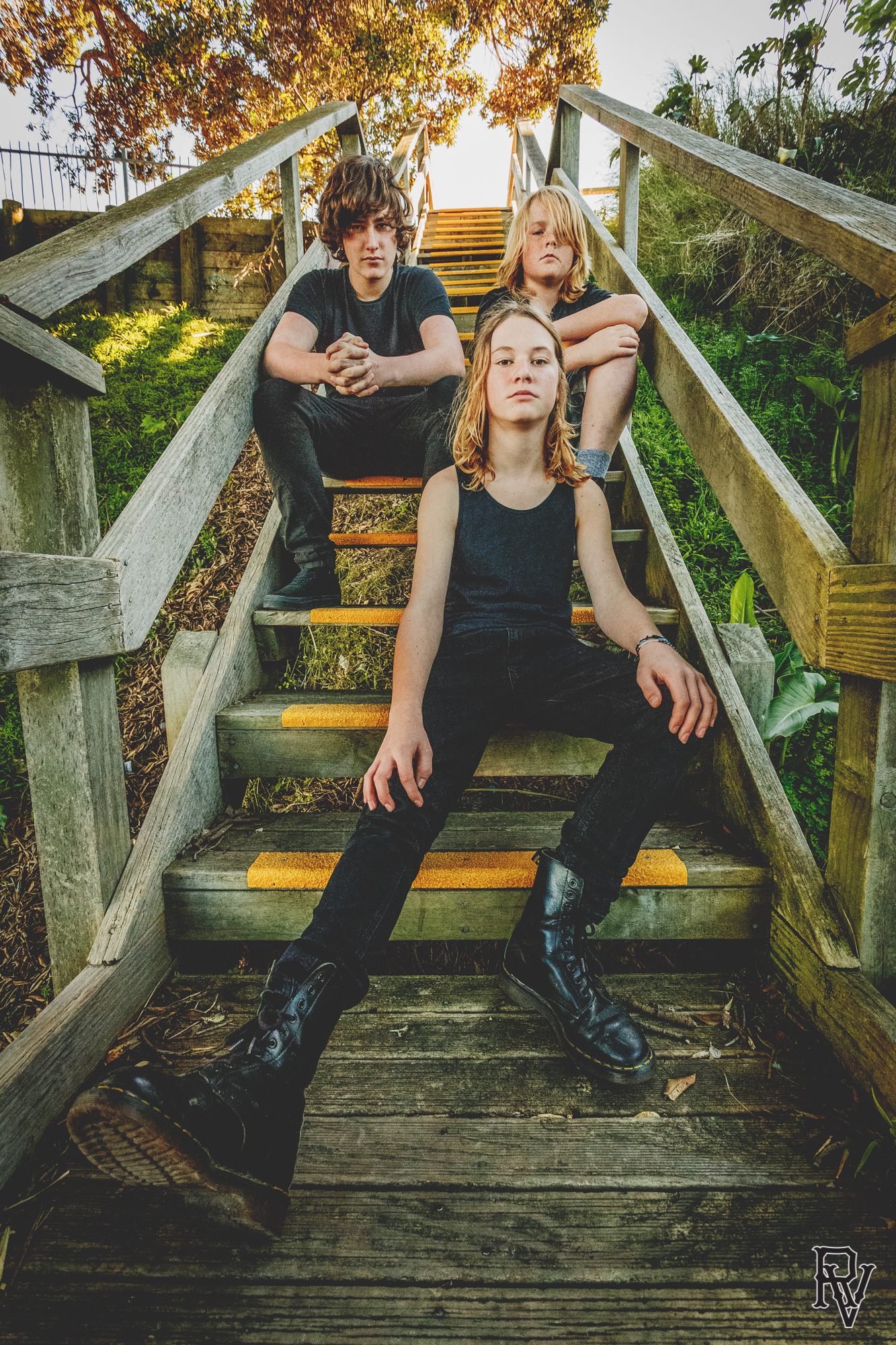 Catch Alien Weaponry making the earth tremble at one of the shows below this July: